November 3, 2017 0 Comments
A satellite telephone, satellite phone, or satphone is a type of mobile phone that connects to orbiting satellites instead of terrestrial cell sites. They provide similar functionality to terrestrial mobile telephones; voice, short messaging service and low-bandwidth internet access are supported through most systems.
You can debate all you want about whether global warming is causing the extreme and violent swings in weather conditions we’ve been experiencing, but it’s always a good idea to be prepared for when all those hurricanes, tornadoes, floods, and fires wreak havoc on our power and telecommunications infrastructure. If a cell tower goes down during an emergency, the whole network is at risk of being overloaded or may fail entirely. One of the most important tech tools for any prepper is a satellite phone, which bypasses entirely the local system. 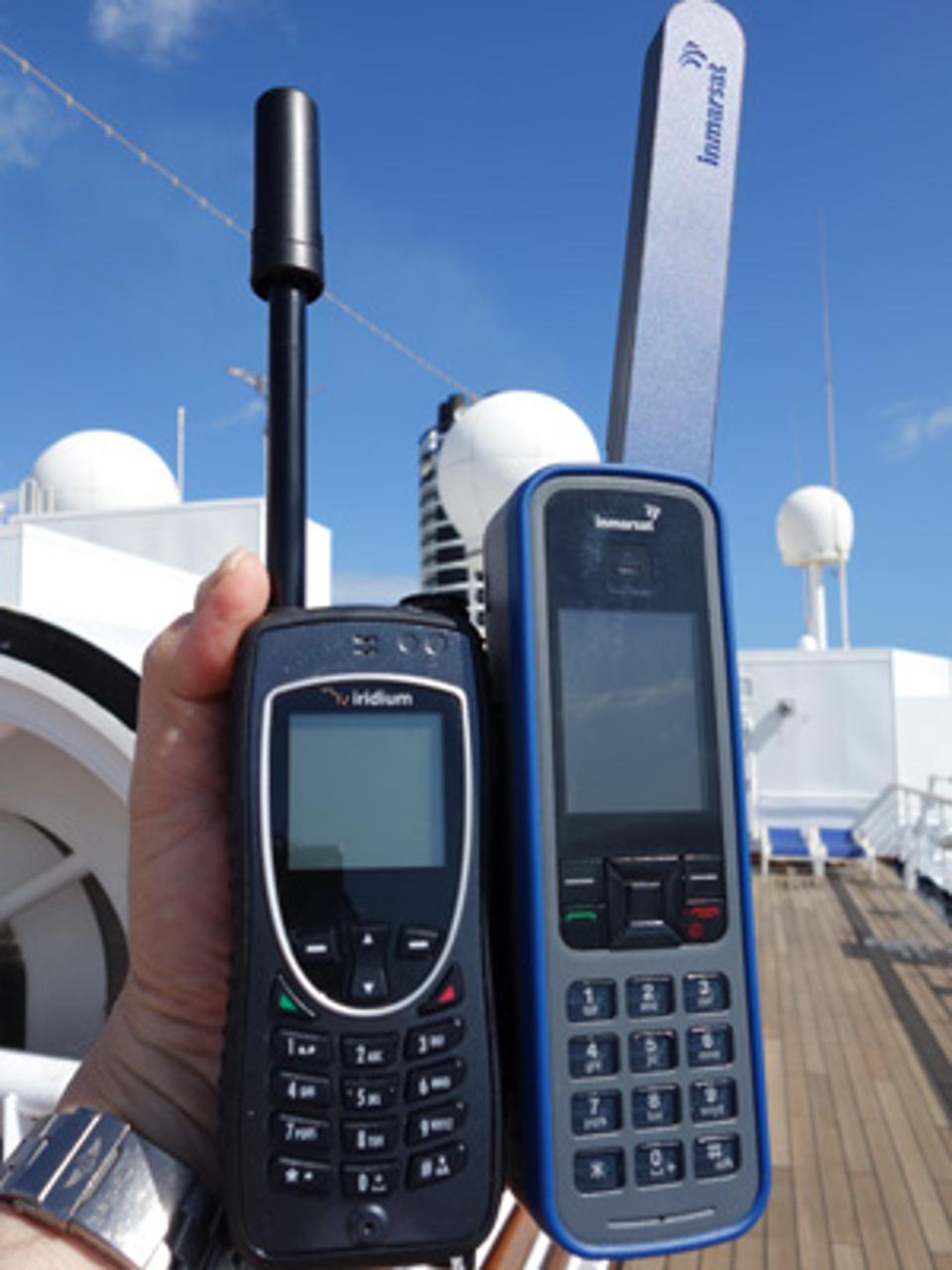 The iridium 9575 and Inmarsat IsatPhone Pro, side by side. The Iridium is smaller and offers more enhanced features than its competitor, but it is almost triple the price.

Sat phones rely on a network of satellites that are either fixed above the Equator (Geostationary), or in Low Earth Orbit (LEO) anywhere from 500 to 1,000 miles above the earth. Sat phones are rarely affected by violent storms and, depending upon their system architecture, work virtually anywhere in the world. The devices weigh a few ounces and may be about the same size as your cell phone.
Traditional sat phones buyers are government and public safety agencies, energy companies, shippers, and search and rescue organizations. But an increasing number of private individuals are buying sat phones as an insurance policy against losing  their capability to communicate with the world.

While you may never have considered buying a sat-phone, you may change your mind after learning a few key facts, especially when you consider the drastic reduction in the cost of equipment and airtime that has occurred in the past few years.
The primary satellite network infrastructure was built by Intelsat in 1965 and changed the way the world communicated. It spawned incredible capabilities, especially in the maritime world where one company now supplies communications to virtually every cruise ship in the world so its passengers and crew can talk, text, and email from sea.

In about 1997 the first low earth orbit satellite network was launched by Motorola to provide handheld service anywhere in the world. The system was called Iridium and consisted of 66 satellites that crisscrossed the globe on a continual basis. The constellation of satellites communicated directly with each other in space, and then to ground stations in thirteen different locations around the world. Handsets could communicate with any phone, anywhere through this infrastructure. Ultimately, Iridium went bankrupt due to inept marketing and unrealistic expectations of user demand, but the network survived and is now thriving.

At about the same time, GlobalStar launched a similar network, but with entirely different architecture, called bent-pipe. This system relied upon 48 satellites that were placed in orbit about 900 miles above the earth. Globalstar provided cellular-equivalent audio quality, unlike Iridium which has an extremely narrow bandwidth. This means that audio intelligibility on Iridium (and Inmarsat) is a bit more difficult to understand.

Globalstar went bankrupt in 2002. It has lost about half of its first generation satellites and is just trying to rebuild itself. Presently, its service is very limited and not entirely reliable on a 24/7 basis.
A regional network, Thuraya launched in 1997 and began operations in about 2001. Based in the UAE, it was designed to serve Europe, Africa, and the Middle East. Its handsets are dual-mode, which means that subscribers can roam on both GSM networks as well as talk via satellite. They now have sold more than 600,000 handsets.

The fourth and latest entrant into the satellite phone arena is Inmarsat.This company began operations to supply communications to the maritime industry in 1979. In 2010 they introduced their IsatPhone-Pro handset that talks through their global constellation that covers the planet except for the North and South poles.

The four satellite networks provide essentially the same services, but in very different ways, with different kinds of technology, coverage and quality. Which system is right for you depends on how and where you will make and receive phone calls, and what other services you may require.

How to Select a Satellite Phone
See my interview with Eric Verheylewegen, the General Manager of GMPCS, one of the largest satellite phone vendors in the United States and Europe. We discussed in detail the different satellite phone options and limitations. GMPCS sells and provides 24/7 technical support for Iridium, Inmarsat, Globalstar, and Thuraya.

If you purchase a sat-phone, expect to spend between $600 and $1700, depending upon the network. All of the phones are lightweight, small, and replicate the functionality of your cellular telephone. Some have Bluetooth and WiFi capabilities so you can use a remote headset, and wirelessly connect your computer for data access.

Satellite air time is not expensive in comparison to typical cellular roaming charges in foreign countries. This is especially important aboard a cruise ship where communications costs can be exorbitant. Read my article about the high cost of communicating at sea and how that is about to change
Airtime can be prepaid or obtained on a monthly service contract. Either pricing scheme can be very attractive and inexpensive in comparison to cellular roaming rates if you travel to Asia, Africa or South America, where calls can cost up to $6.00 per minute in some venues. The important thing to remember is that land-based cellular networks offer coverage anywhere there are population centers or routes. In contrast, satellite networks offer global service and do not require towers.
Selection of a satellite handset should be based upon a number of technical and user-criteria. These include:

Airtime pricing plans, either prepaid or monthly postpaid, and rollover minutes, and the cost of calls to landline and other mobiles

Satellite phones v. Cell Phones
All satellite phones have a number of common characteristics that you need to be aware of in order to select the one that will work the best for you. The most important point to understand is that sat-phones are not cell phones, and they work on an entirely different network architecture and radio propagation characteristics. There are certain inherent limitations as to how they operate, and where. While a satellite phone will work just about anywhere in the world, they will normally not work inside of buildings or any kind of structure that blocks their view of the horizon. There is no equivalent to Blackberries or iPhones in the satellite world andthey will never replace cell phones but are a good insurance policy against the failure of cellular networks.

What you need to know about the different satellite network
There are only two truly global and reliable networks: Inmarsat and Iridium. I have extensive experience with Globalstar and do not believe it is presently a reliable network, nor does it offer service worldwide. There are fundamental differences in the three networks that you are most likely to use: Iridium, Inmarsat, and Globalstar. Thuraya is a dual-mode handset (satellite and GSM) and does not work everywhere, but is very popular because of handset costs and size, and airtime rates. Unfortunately, Thuraya does not work in North America.